Throughout my marriage, two of my husband’s most-used phrases have driven me crazy.  The first (as in the one which appeared earliest and has been used most often) is “It is what it is.”  The second, which appeared only a few years ago, is “You don’t know what you don’t know” and, oddly enough, this one has become part of my common dialogue. I have noted how my feelings on these two phrases have changed over the years.  In this post, I discuss what I’ve learned from the second of what I’ve come to realize are very profound truths.

This subject brings up a commercial that I’ve seen many times about financial planning products.  The financial planning agents are out in a park with a big board and they tell passersby to write down what changes they see happening in their lives in one year, five years, ten years.  Everyone writes down positive changes:  buying a home, getting a promotion, getting married, having children, starting a business, retiring.  No one ever writes down negative changes:  deaths, job loss, sickness, divorce, going out of business. We humans go through life expecting the good and forgetting about the possibility of the bad.  Perhaps that good.  Traveling through life making plans and being positive about the future is good for our mental health and gives us reasons to get out of bed everyday.  But the truth is life goes on in both ways, bad changes as well as good.

Two personal situations have really brought light to “You don’t know what you don’t know” for me.  They are two very different situations but they both have done their part to really ingrain the idea that we are perpetually living around the corner from some unknown event which may profoundly and permanently alter our lives, whether in good or bad ways, and which may also alter our entire outlook on our lives.

Nine months.  That was the gestation period of my business plan.  I worked on it diligently, everyday, to the exclusion of everything else except going to work.  I wanted my own studio.  I wanted it bad.  I had studied how to write a business plan and applied what I learned in each and every step.  It was most definitely a project of intense labor.  When it was born I read it to others and they oohed and aahed over it and told me it would go far.  I was so proud.

Then I introduced it to those who would help me bring it to life for the rest of the world.  I discovered my business plan would never become a real child, would never grow beyond the pages it was written on.  Because, despite having great credit and a little bit of money, I had never had enough income to get the financial help I would need.  Although successful in my business, I was successful in a small way.  You have to be successful in a big way to get help to be successful in a big way.  (I’ve since come to a better understanding of this by watching Shark Tank.)  I had access to a little money, not nearly the amount of money I would need.  I could have gone a hundred thousand dollars into credit card debt but … no, not a choice I was comfortable with making at all.  And guess what?  No one cared about the business plan I had nurtured and birthed over nine, grueling months; wouldn’t even read it.

I was devastated.  I couldn’t see my way forward from there except to believe that I was already all I would ever become and that I had no real future.  I tucked the business plan into a chest and it’s been there ever since.  I continued on with my life and my work, managing as always and almost forgetting that I am an LSerD and LSerA (see sidebar for definitions), albeit always wondering what would become of my future now.  I had, at least for the moment, given up.

My husband, who has always supported me in whatever I’ve wanted to do, was so kind and gentle.  Unfortunately, I wasn’t able to see the comfort in his repeated reminders to me, “You don’t know what you don’t know.”  I was annoyed by this saying, to say the least.  How was it helpful to me?  It didn’t fix the pain I felt.  It didn’t remove my feelings of futility.  It didn’t even help me think of how to proceed.  I listened to him say that to me for months.

And then my mother died.  For a year and a half, at least, I was no good at all.  I lost all of my ability to function.  It took me two months just to get back to work and when I did, it was all I could do.  Fortunately, my work requires short bursts of coping and pretending to be alright and then I can lose it again, although it generally means losing it while driving.  You see, my mother – though in her 80s and therefore what’s so weird about dying at that time – became incapacitated very quickly and very unexpectedly and very much without the two of us ever managing to get our relationship sh** in order.  She died while we were estranged.  She died accusing me of lying to her, which I had not done.  She died and left me – ah, I remember, I’m an LSerD and an LSerA – alone to heal a break only she and I together might have been able to heal.  And I was done for.  I was done.

Right around the time I would have been steeped in the opening of my studio, dealing with enormous daily responsibilities and likely the added responsibility of other people, she died and I broke.  It’s coming up on two years since that happened and grief threatened to kill me for a while there.  I’m much, much better now and back to my well-managed life with depression and anxiety something that lives quietly within me without wrecking my days, as it had been before my mother died.

However, my desire to open that studio died along with my mother.  Not only do I not mourn the premature death of that studio, I actually am so grateful to the universe for timing these disappointments in the order in which they came.  Because they happened as they did, I was able to get back on my feet in a way that would likely not have been available to me had they happened the other way around.  My priorities are so completely changed, I cannot imagine, at this point in my life, indulging in the fantasy of that studio.  It doesn’t lead to anything I actually want for and from my life.  It only would have satisfied that should.  You know what I mean?  You should open a studio because you dance and teach.  You should have a few employees since you’re already self-employed.  You should want to be more more more than you are.  You should want to do these things because wouldn’t anybody in your position?

Oddly enough, no.  I should not have wanted any of that.  Not that there’s anything wrong with any of it; it’s just that all of it is against my nature.  For years I’ve been trying to build a life of less visibility, more ability to be at home and quiet and away from people.  For years I’ve been coming into my own and wanting to perform less (after 50 years) and teach less.  What was I building?  A way not to ever get the new life I have been reaching for?  I’m amazed and confused when I think of it now.  I don’t even know why I wanted what I wanted.

The Work Change I’d Been Seeking

For the past nine years I’ve been driving and teaching and driving and teaching and driving and teaching.  I love my work and it’s very fulfilling:  teaching fitness in assisted living communities.  But the traffic.  I work in a greater metropolis area, driving around from city to city, suburb to suburb, much of the time on highways and much of the time in rush-hour traffic.  For at least a year I’ve been threatening (just to my husband) to drop some classes because I can’t stand all the aggressive drivers and the traffic anymore and just accept that I’ll be making less money.  I never pulled the trigger on that threat because I’m very attached to all of my communities and they to me; they never liked the idea of taking class via video.

I’d talked to my husband again, just recently, about how I can’t just keep going to places because they love me and that, regardless, I have to do what’s right for me.  After all, even though I’ll never really retire, don’t I at least have the right to semi-retire and live a life more in keeping with who I am now?  And what’s wrong with wanting to get off these crazy roads?

And then the pandemic happened.

Unlike the prior story, I’m sure I don’t have to fill this all in for you.  Assisted living communities were among the first to close and they ALL closed.  No more driving.  No more teaching for a while.  Now teaching online.  Not for everyone but for some.  Hmm, that’s exactly what I’ve been wanting.

Again, there was something coming around the corner and it was going to matter a lot.

And Then There’s This Thing

Any of you who have been following me for a while might have read this.

Quarantined here at home with my husband and two adult sons and my granddaughter, you should be doubled over in laughter right now.

Only One Thing is Certain in Life

The only certain thing in life is change.  It is always on its way.  Sometimes it will be positive change, sometimes negative.  Other times, as time passes, what at one time seemed negative might suddenly seem positive and vice versa.  And all of this proves that my husband is right. 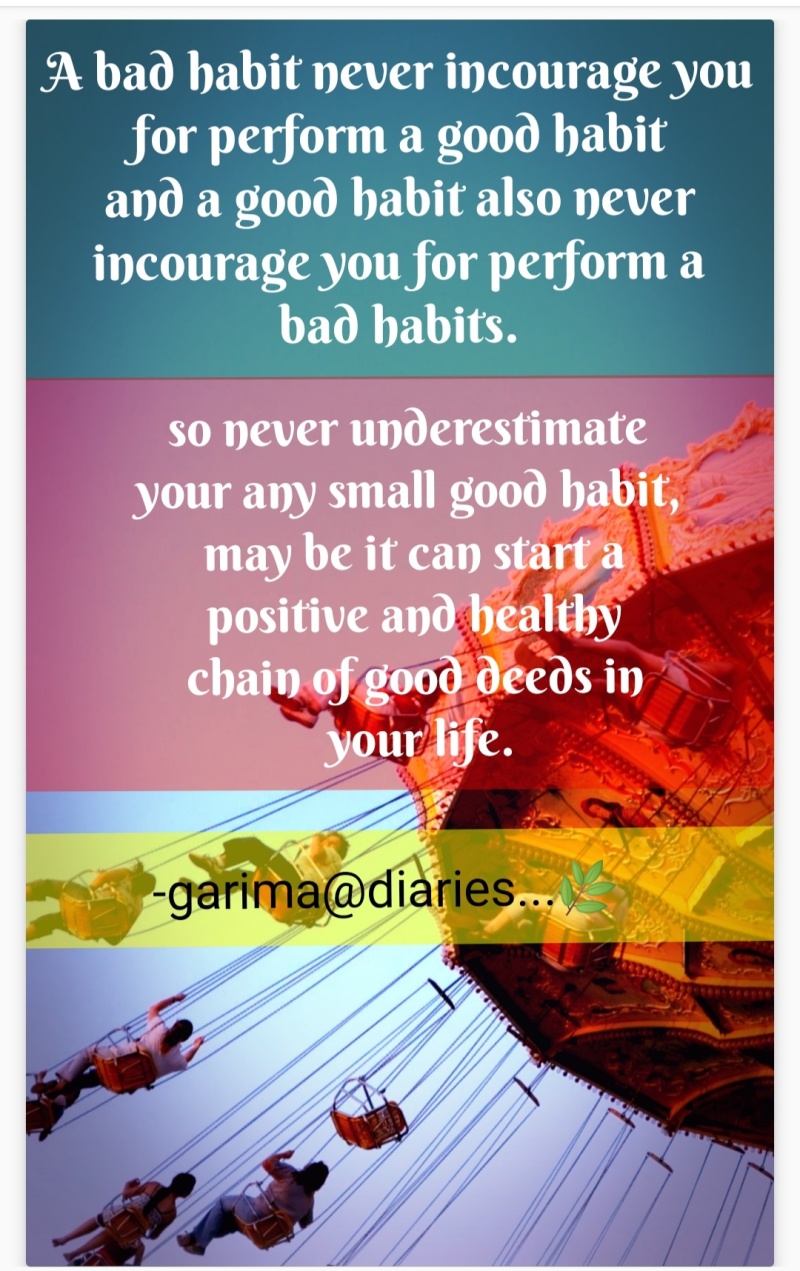